Study notes for AZ 300 certification for the topic “VMs”

These are notes from: edx Course: Microsoft Azure Virtual Machines 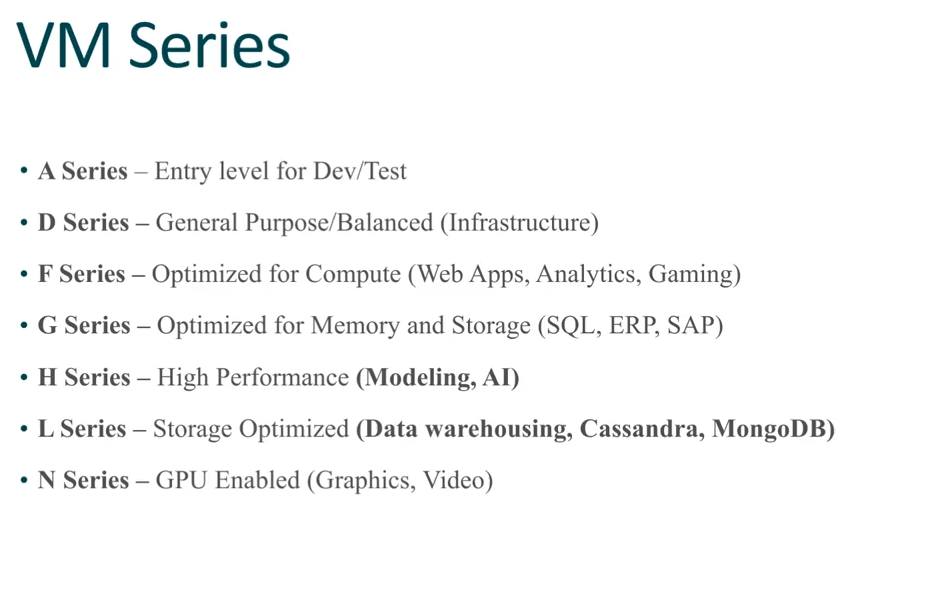 Set up Linux machine for RDP

On- premises vs Azure VM 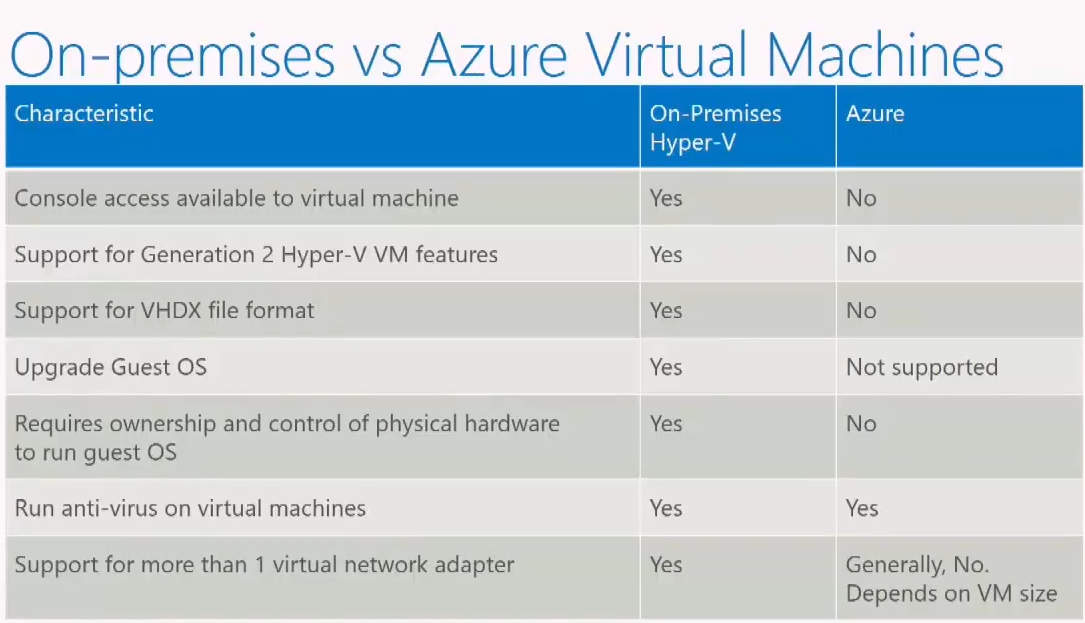 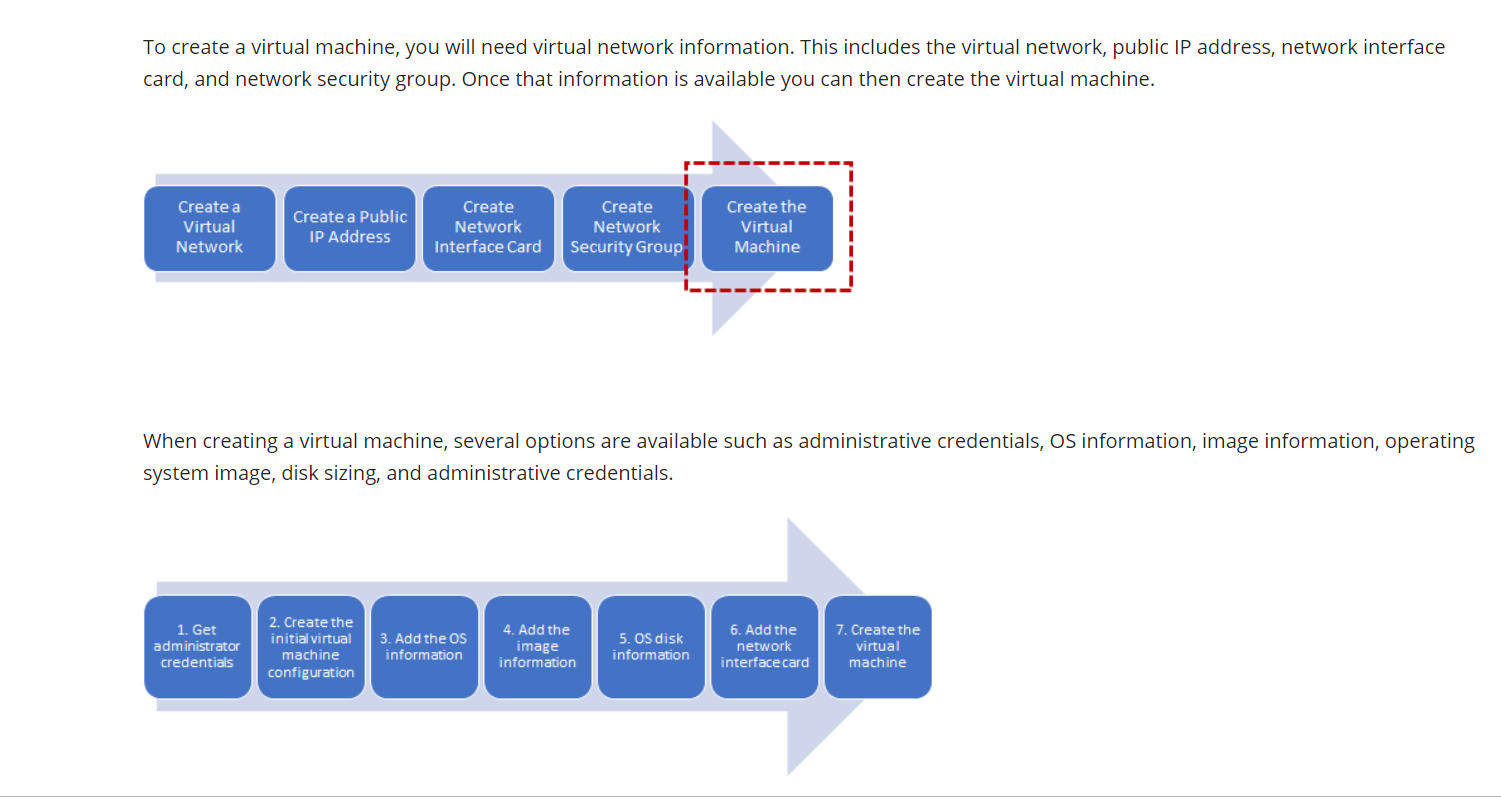 Availability set: Logical grouping of one or more vms. Has an Update Domain & an Fault Domain. 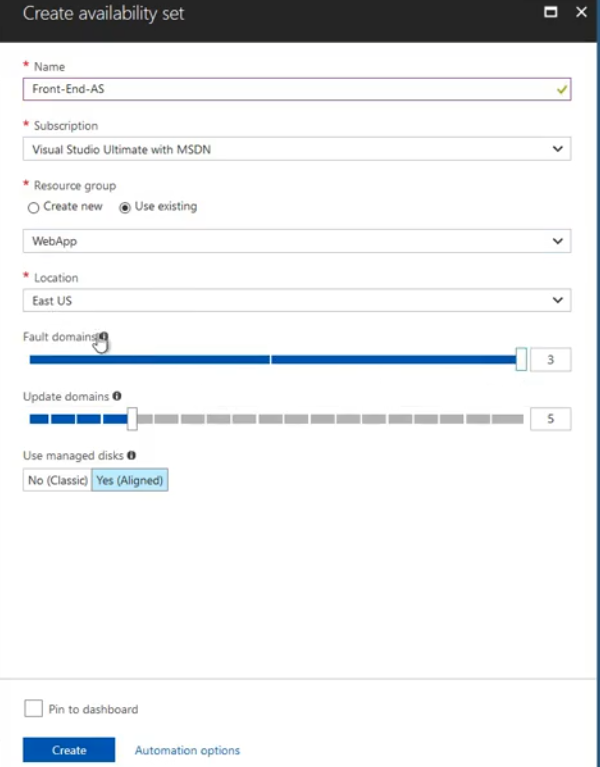 Assigning Availability Set to a VM 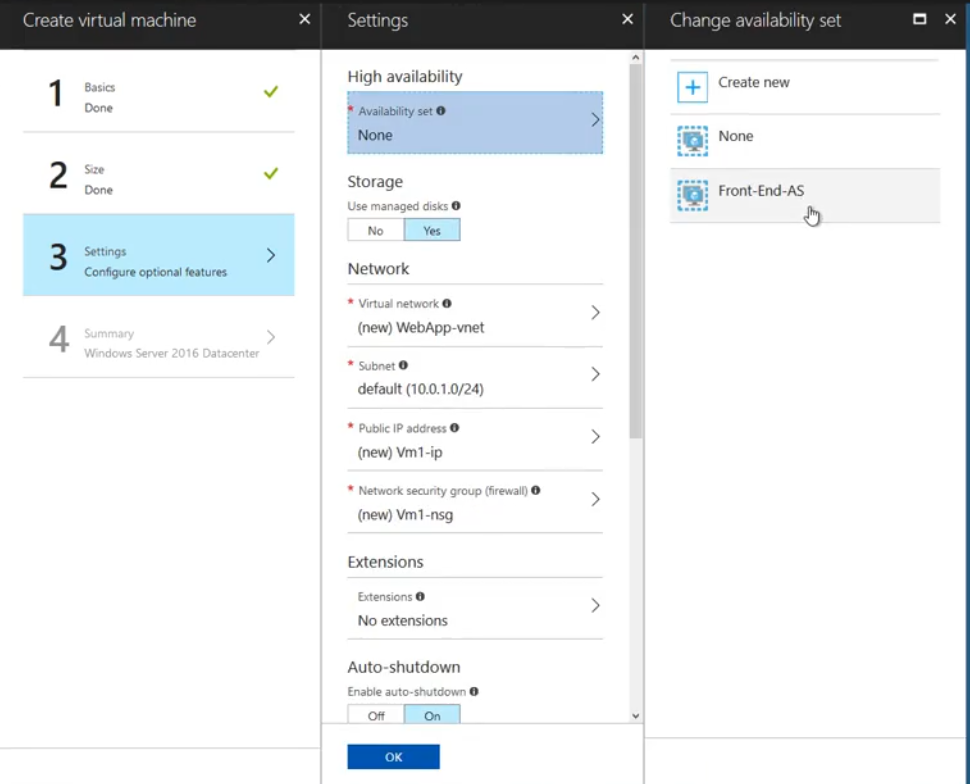 Scale Sets are an Azure Compute resource you can use to deploy and manage a set of identical VMs. With all VMs configured the same, VM scale sets are designed to support true auto-scale – no pre-provisioning of VMs is required – and as such makes it easier to build large-scale services targeting big compute, big data, and containerized workloads.

Azure Resource Explorer is a great tool to view and modify resources you have created in your subscription. The tool is web-based and uses your Azure portal logon credentials. The source for the Resource Explorer tool is available on GitHub, which provides a valuable reference if you need to implement similar behavior in your own applications.

This tool is particularly useful in viewing Azure scale sets. With the tool you can see the individual virtual machines and their properties. 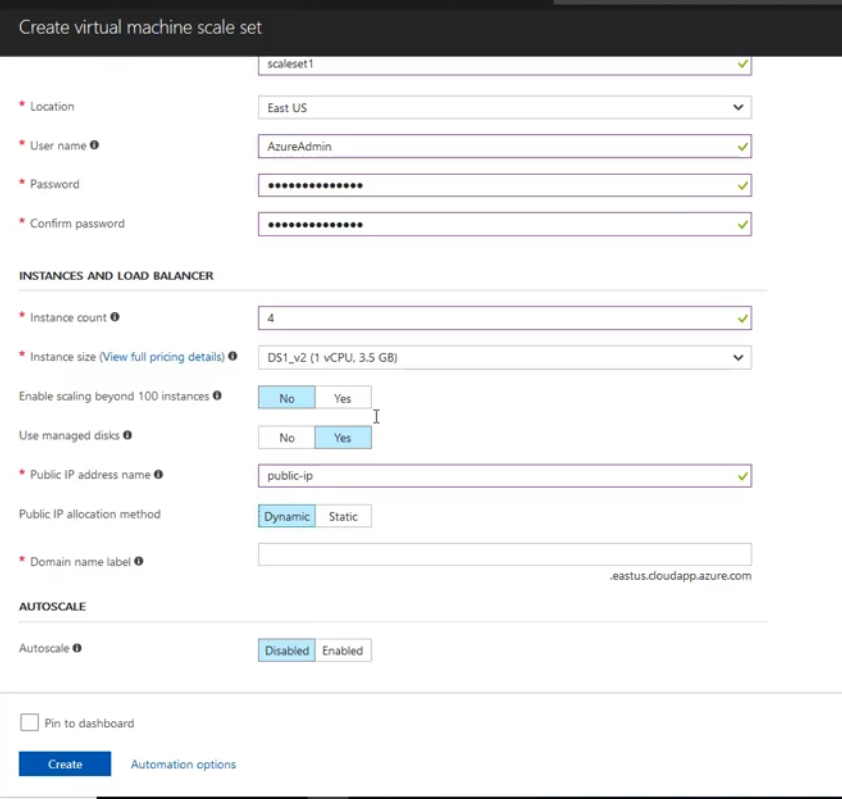 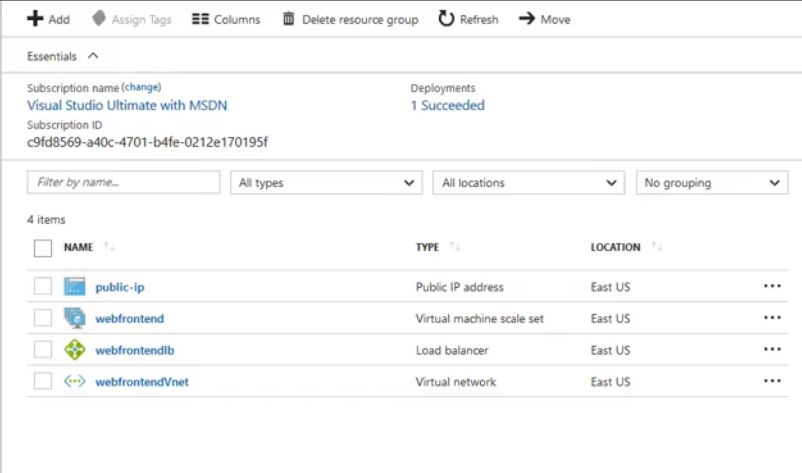 An availability set consists of a set of discrete VMs which have their own names and individual properties, but are spread across fault domains, which means when you have more than one VM in a set it reduces the chances of losing all your VMs in event of a hardware failure in the host or rack.

A scale set consists of a set of identically configured VMs, also spread across fault domains (in fact a scale set is an implicit availability set with 5 fault domains). The main difference is scale sets, being identical, make it very easy to add or remove VMs from the set while preserving high availability, which in turn makes it easy to implement autoscale, and to perform operations on the whole set or a subset of VMs. There are also API calls that support re-imaging and upgrading VMs, allowing you to roll out an update while keeping the service running. They are useful for cloud architectures which require deploying large numbers of similar VMs, or need to be elastic. A typical architecture might use a scale set for agent or worker nodes, and an availability set for master or control nodes. See https://azure.microsoft.com/en-us/services/virtual-machine-scale-sets/ for more detail. 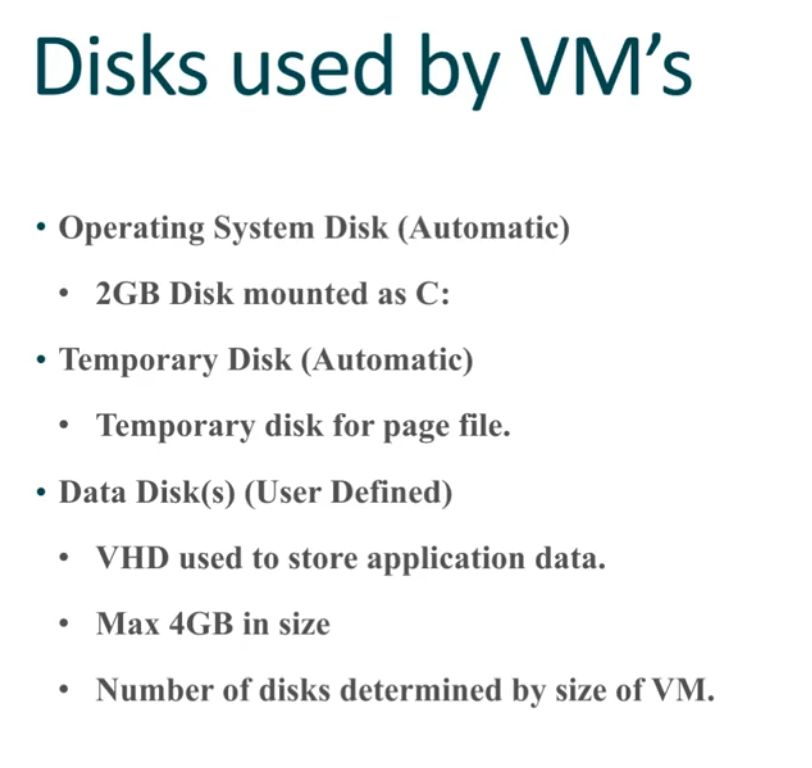 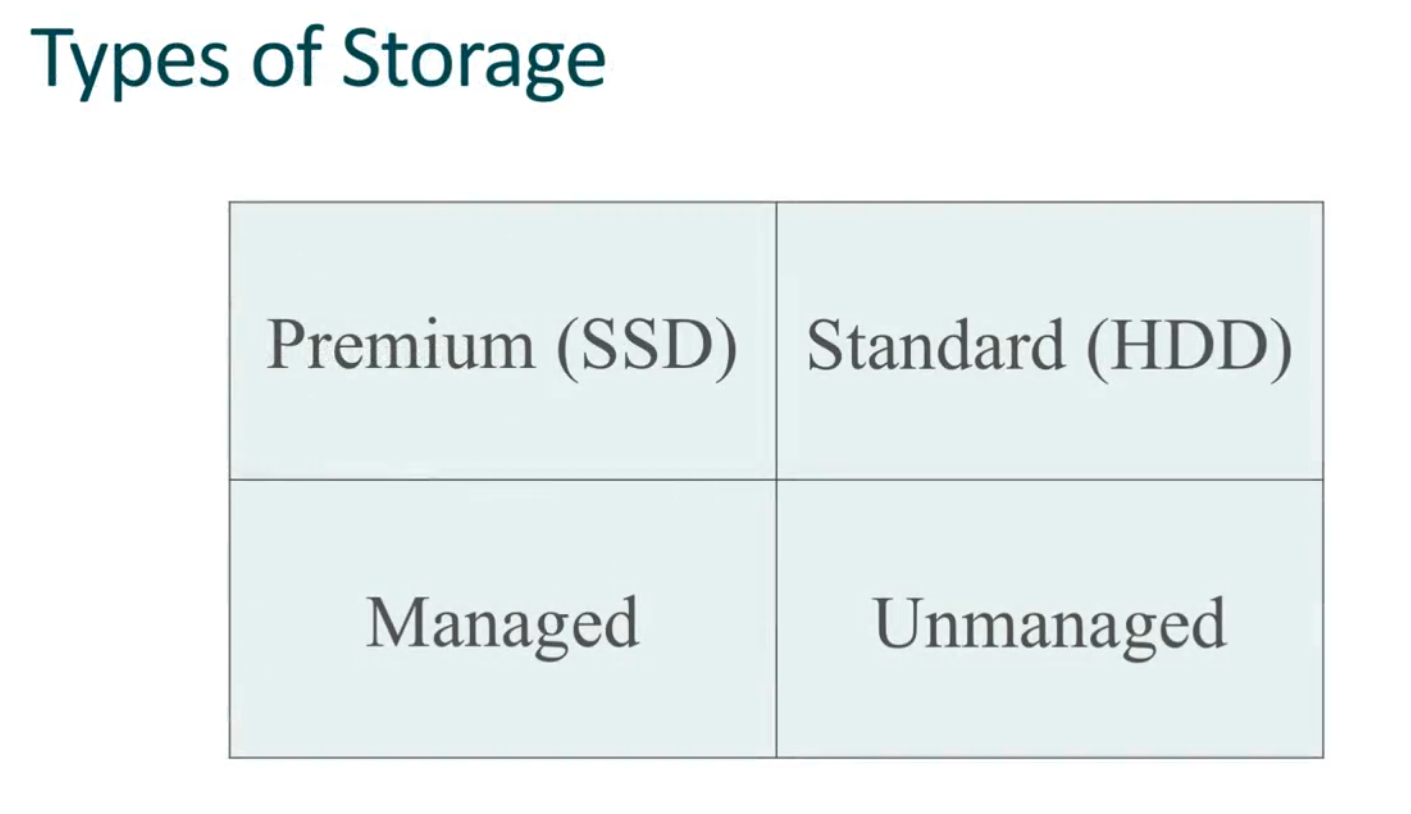 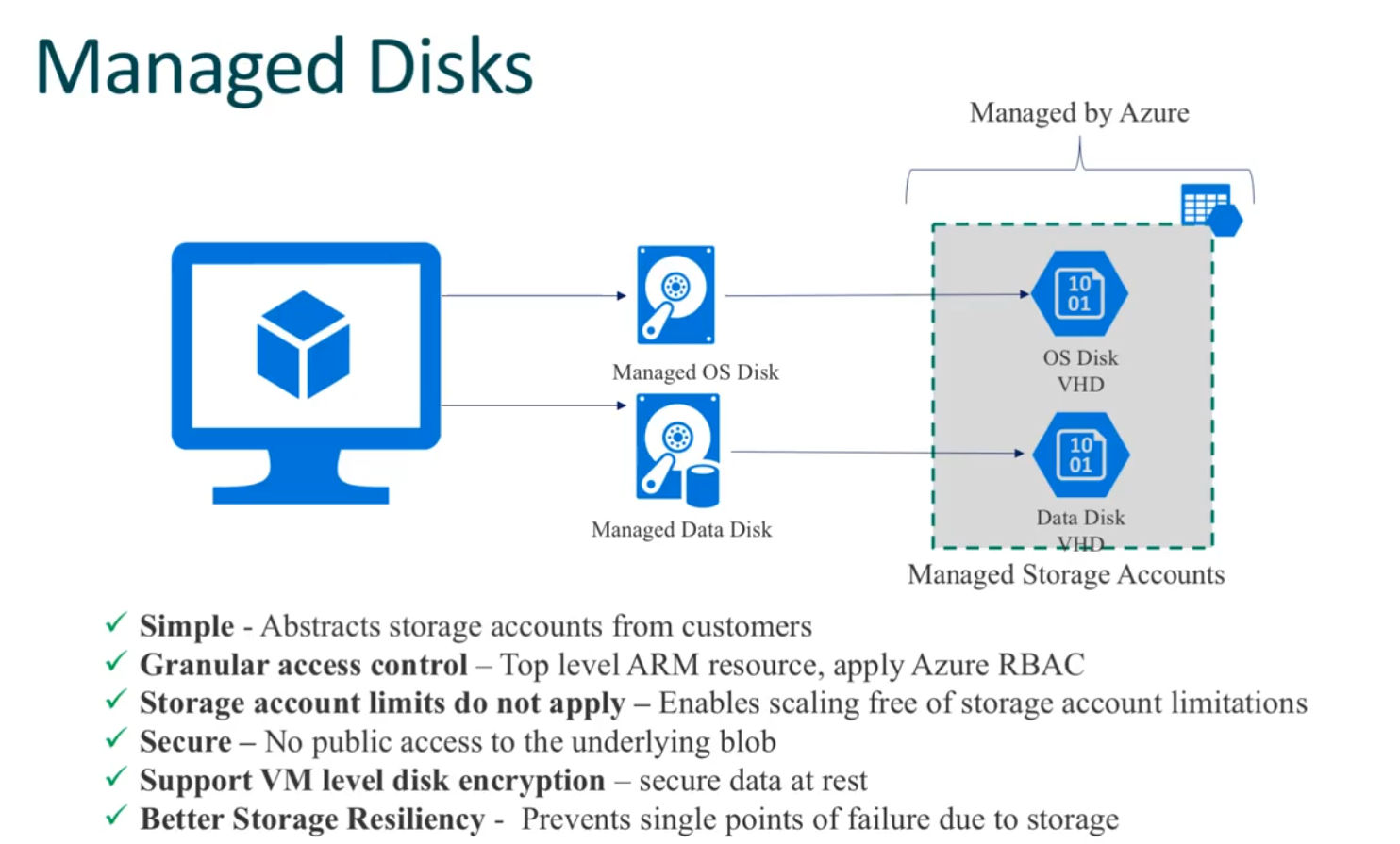 Managed Disks: Every single storage account is in the same Fault Domain as the VM

Storage Spaces is a technology in Windows and Windows Server that can help protect your data from drive failures. It is conceptually similar to RAID, implemented in software. You can use Storage Spaces to group three or more drives together into a storage pool and then use capacity from that pool to create Storage Spaces. These typically store extra copies of your data so if one of your drives fails, you still have an intact copy of your data. If you run low on capacity, just add more drives to the storage pool. 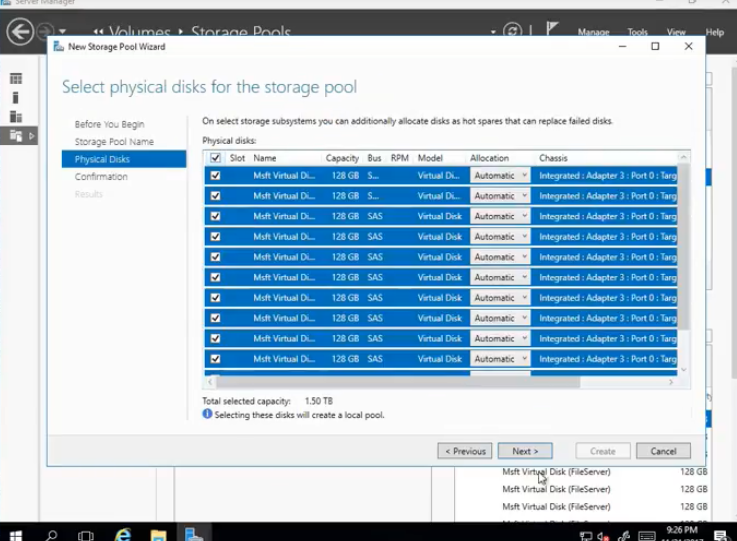 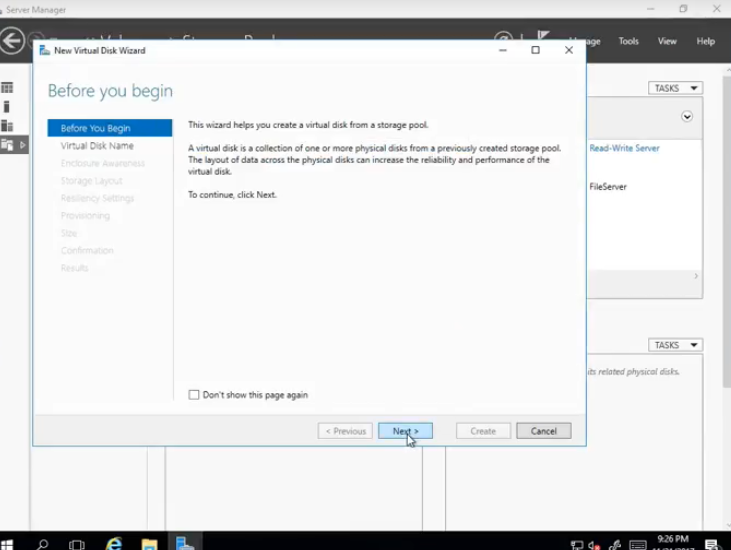 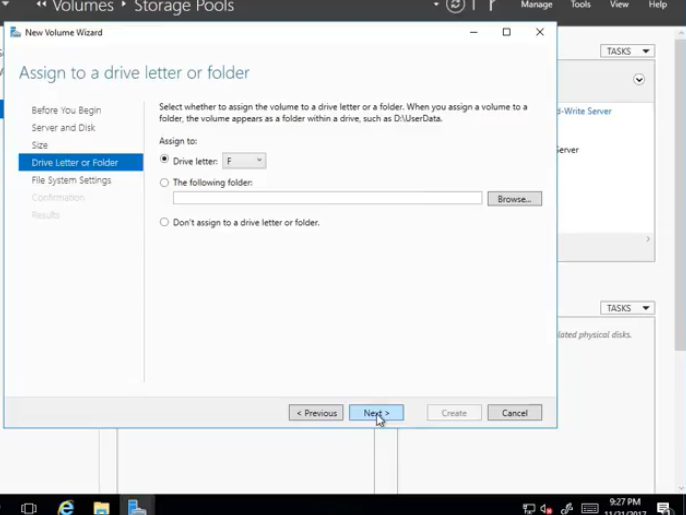 Scripts to convert Unmanaged to managed

If you want to move on-premises data to Azure Storage (or vice versa), there are a variety of ways to do this. One way is the Azure import and export service.

Supply your own disk drives and transfer data with the Azure Import/Export service. You can also use disk drives supplied by Microsoft.

The Azure Import/Export Service allows you to:

This service is suitable in situations where you want to transfer several TBs of data to or from Azure, but uploading or downloading over the network is not feasible due to limited bandwidth or high network costs. Scenarios where this would be useful include: